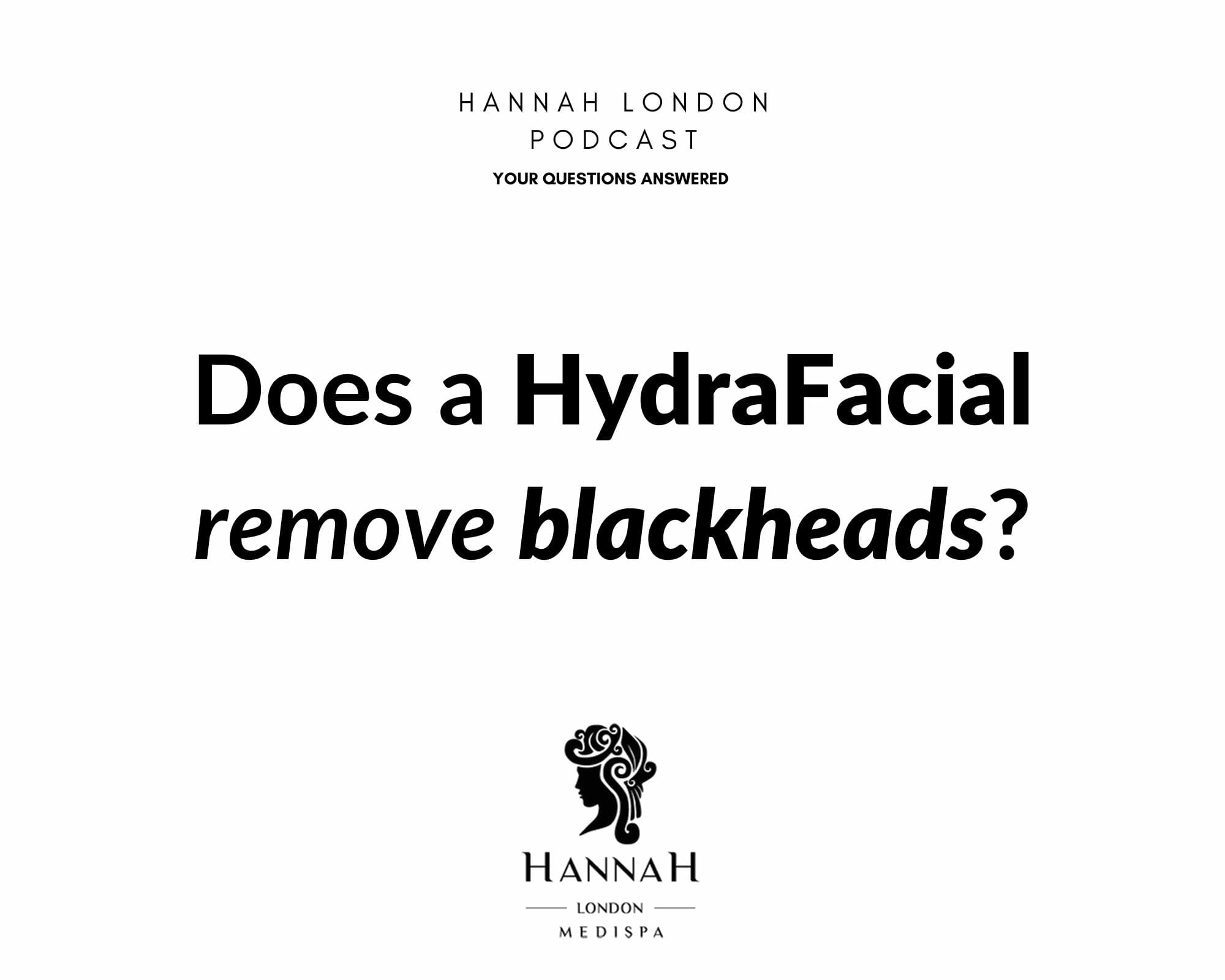 The short answer is yes. We’ll be going into more detail in the podcast, but in summary, HydraFacial is a treatment that exfoliates the skin and can remove blackheads. It’s a great way to treat blackheads or any other skin concerns.

In our practice, we have found that our clients will see results after the very first visit and that they see the best results after a few visits. However, for deep blackheads, they will have to be extracted manually.

Watch the video to find out.

Leanne: Hundred percent agree with you. Perfect. I think we’ve got two more questions, I think, for today. So the next one is, does a Hydrafacial remove blackheads?

Lytsa: Yes. Blackheads can be removed with Hydrafacial. However, it’s good to note that only the superficial whiteheads and blackheads can be removed. This will work with suction. We are using pressure. So we have the limits that we can go with that pressure so we won’t break any capillaries or cause any trauma to the skin. So if people they have like a very deep clogged pores, they need a needle. The Hydrafacial wouldn’t be my first choice. Maybe she would need like manual extractions. Of course, that can be arranged with Hydrafacial as well, you can book separately if you need the therapist can have a look at your skin and is going to see if we can do combined therapy. But just with the Hydrafacial, if you have too many blackheads and they are too deep, they cannot go all at once otherwise would be too harmful for the skin.

Leanne: Yeah, that would be my point as well as obviously like you said, because we’ve got suction. It’s just..and I mean I felt the suction. Good Lord, it was it was way more than I thought it was going to be. But I know..you know from a therapist perspective, you know, how difficult sometimes how much pressure you have to apply with your fingertips to remove some blackheads. So it’s not really possible for everything to be removed with the Hydrafacial because we’re only using the suction. And like you said, if we were to go too high and also we mainly focused on the nose, chin, forehead area, if we were to go with that suction on the rest of the face, we could possibly create bruising as well because of the intensity of the suction. So, yeah, like you said, the answer is in the skin. Then we would probably need to arrange a bit of extra time for the Hydrafacial and actually do some manual extractions along with it. But in terms of helping with the appearance of the blackheads on the nose and the chin area. It does a pretty good job. It definitely does.

Lytsa: Exactly. Especially because Hydrafacial can be also an opening treatment. For example, if the client’s main problem is actually blackheads, since we have the mild peels on the Hydrafacial, I feel like it kind of works as an emollient. Basically making the blackheads a little bit softer, so they are much easier to be removed later on. So we can start with the Hydrafacial and then another session do a full manual extraction. It depends on the client’s skin, but all can be arranged. But both work really good as well.

Leanne: Yeah, yeah, definitely. I don’t know about you, but sometimes people come in and I’ve got this really, really dry skin and trying to get those blackheads and everything out is just not happening. So the Hydrafacial is a great starting off point to help like you said exactly soften up the skin and help soften up the blackheads so that they’re easier to remove in future appointments as well. Yeah, fantastic. 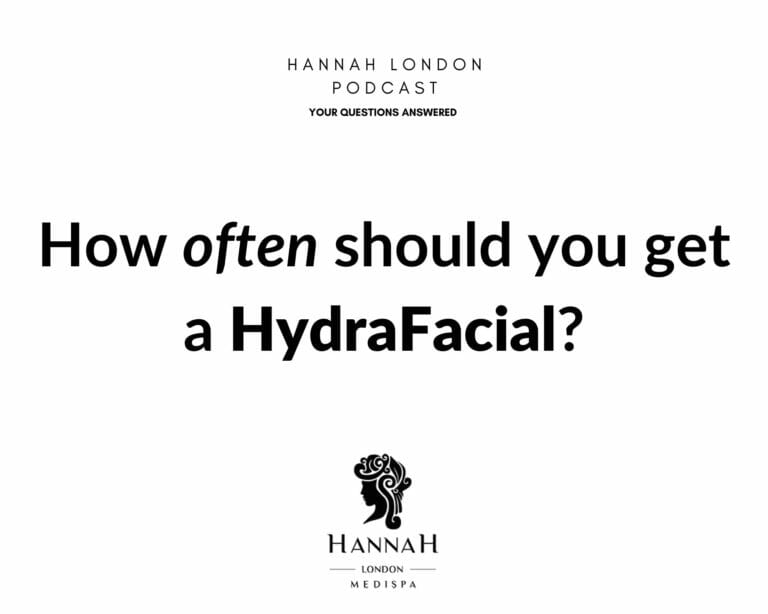 We have had a lot of questions lately about getting a Hydrafacial. With summer coming up and more people wanting to get out in the sun, we wanted to answer this question of How often should you get a HydraFacial for you. Watch the video below to find out. Make sure to join our next… 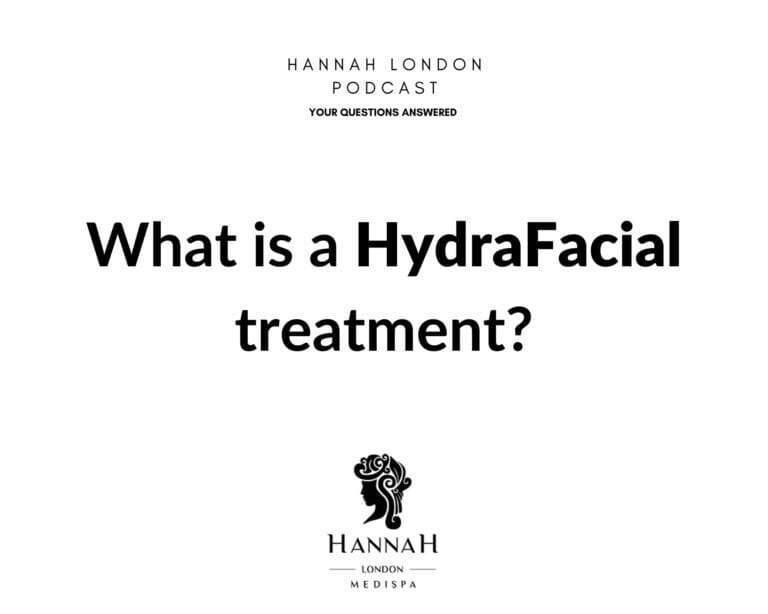 In this video, we will be answering the question of: What is a HydraFacial treatment? HydraFacial is an award-winning, revolutionary, and anti-aging treatment that combines the best of the best in skin care products and technology. HydraFacial “is more than a facial” it’s a great way to softly exfoliate, intensely hydrate, reduce the appearance of… 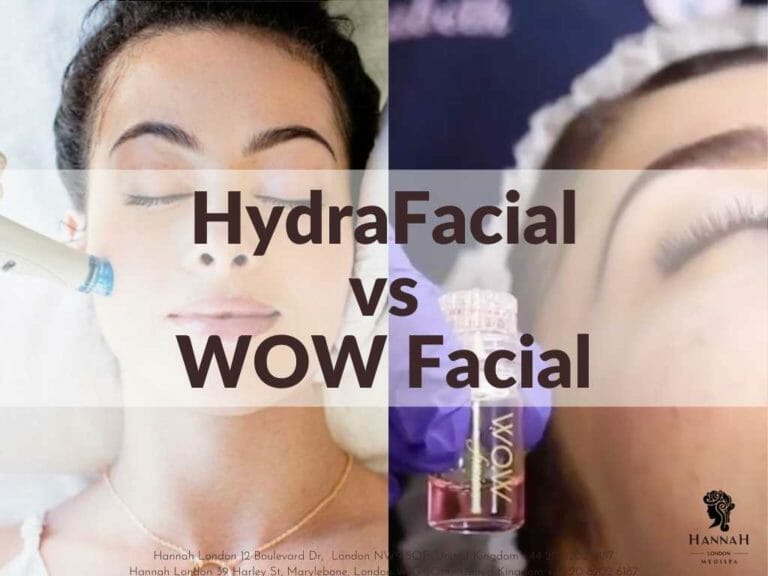 In the aesthetic world of beauty, there are many facial treatments that promise to improve your skin and make you look and feel younger. After launching the WOW Facial at Hannah London Medi Spa, we have received a lot of questions regarding how it compares to our most popular facial – Hydrafacial. One of the… 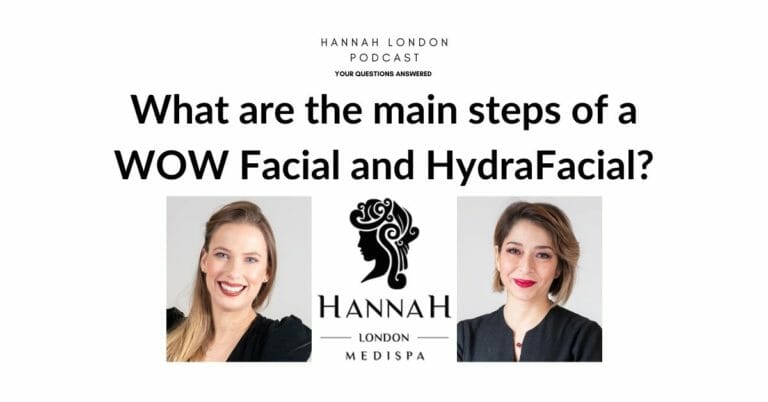 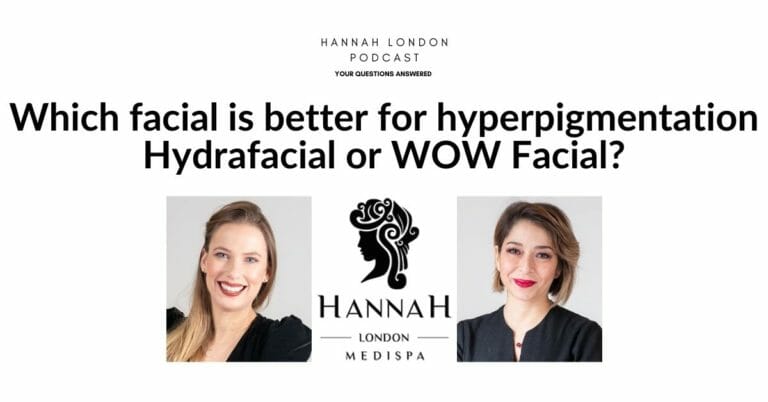 If you are concerned about hyperpigmentation, facials are the perfect place to start. Facials use professional-grade products that help to improve your skin’s appearance. Hydrafacial and WOW Facial are two relatively new treatment options, but they have become very popular for their ability to improve skin health. In this week’s episode of Hannah London’s Podcast,… 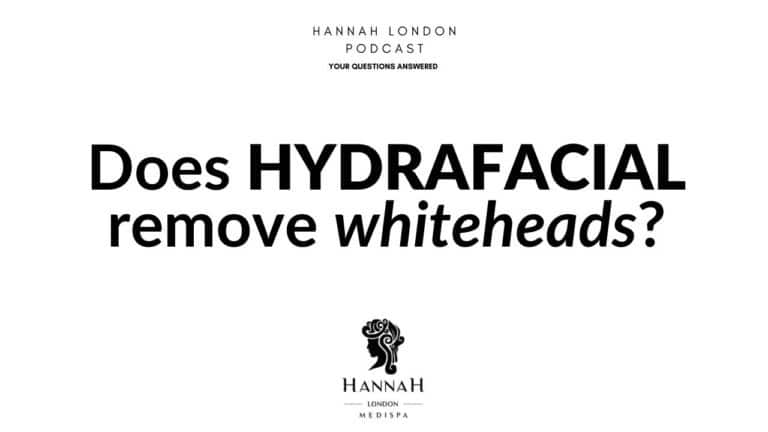