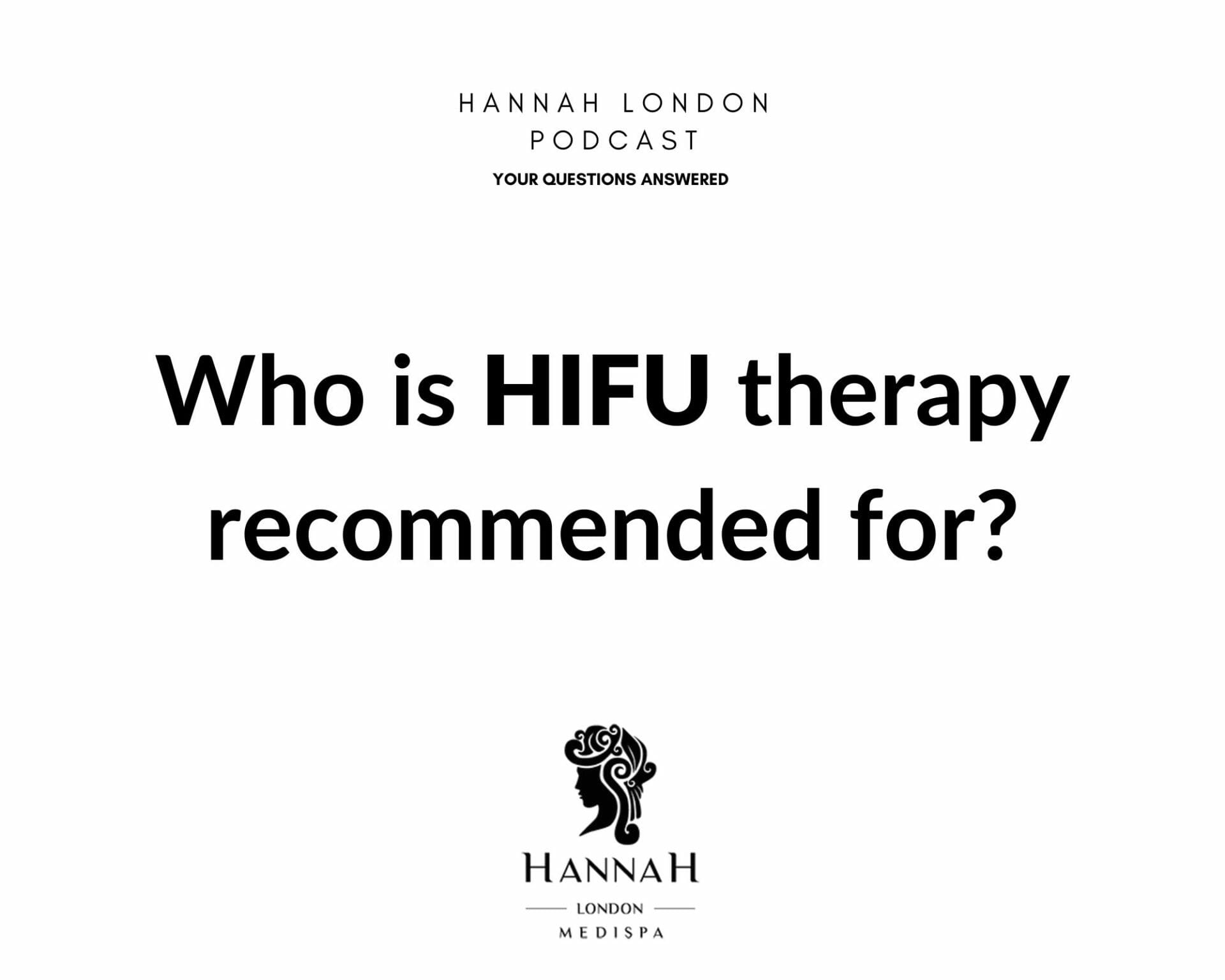 The HIFU procedure is a safe, effective, and non-invasive treatment to tighten the skin on the face. It’s recommended to anyone who is looking to get a facelift but without going under a knife. This is a great option and an alternative to plastic surgery.

In general, it works best on people over 40’s who are seeing signs of ageing and who definitely want to see an improvement in terms of skin tightening and lifting effect.

We don’t recommend it for younger clients as they may not see much of a difference post-treatment.

We are really excited to be bringing you the latest episode of theHannah London’s Podcast about the HIFU Facelift London.In this episode, we answer the question “Who is HIFU therapy recommended for?”.

Watch the video to find out.

This video is part of Hannah London’s Podcast series on HIFU treatment.

Click the link below to listen to the full podcast.

Okay, so who is HIFU therapy recommended for?

Well, that’s not sort of necessarily a straightforward answer I don’t think I would generally say it’s for people who are considering plastic surgery in terms of they’re getting a little bit older, the skin that you know they’re losing their collagen elastin so it’s the skin is starting to sag a little bit.

Lytsa
If we’re going to talk about age I would say roughly around over 40s just a little over 40 is a good age to start because that’s when you start losing like more quality and even though your collagen production goes down after 25 I think for like the 20s and the 30s we have all the options HIFU since we’re working on the muscle we’re working on the skin over 40’s will be much more beneficial be easier for you to see the results like a significant result.

Leanne
Yeah, I don’t think it’s you know, for people who are seeing that ageing process and who definitely want to see an improvement in terms of skin tightening and lifting effect and like you said that muscle tightening I think it’s a good idea. We don’t recommend it for younger clients because you’re not going to see a much of a difference because you’ve still got a lot of that plumpness in the skin so kind of a short answer to that as people who are finding that they’re ageing but they don’t necessarily want to go under the knife. They’re looking for an alternative and yeah, I agree probably from about 40 and above if we are going to try and put it in sort of like an age category. 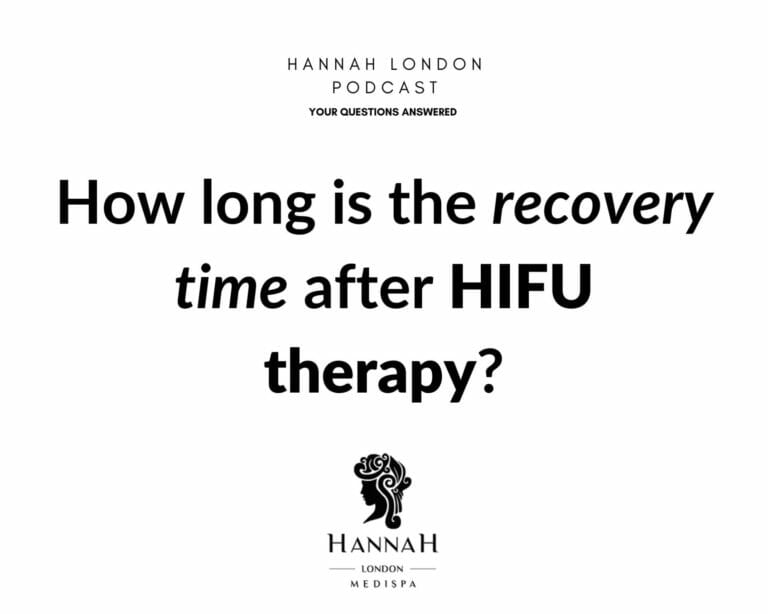 There is no downtime after HIFU therapy, as it is non-surgical, the recovery period is significantly shorter than an actual facelift.  Your doctor will discuss this further with you. Our clients love the clinically proven HIFU treatment. In this episode of the Hannah London’s Podcast we answer the question “How many HIFU sessions are required… 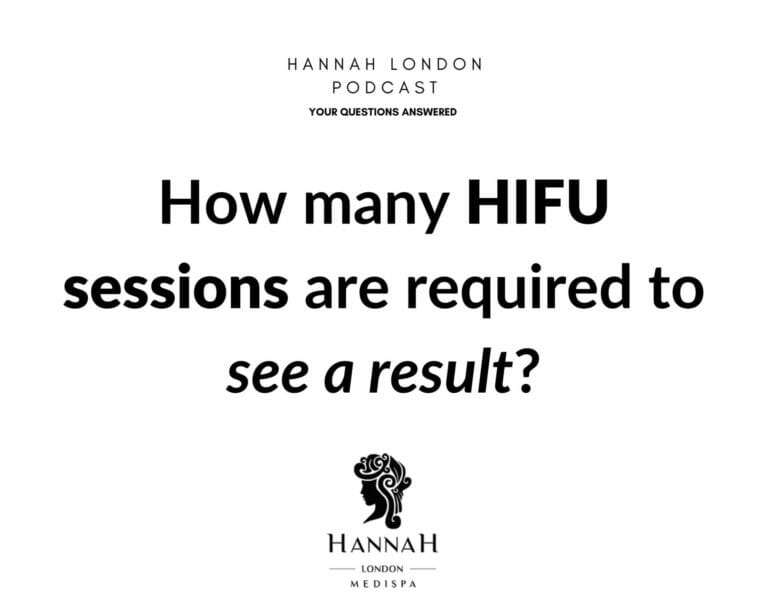 After just one treatment, you can see noticeable results post-procedure! The results continue to get better over time for up to six months as the collagen production gets to work.  This makes HIFU an incredibly long-lasting treatment (up to three years) that does not require regular top-ups or repeat treatments. The HIFU therapy is unique… 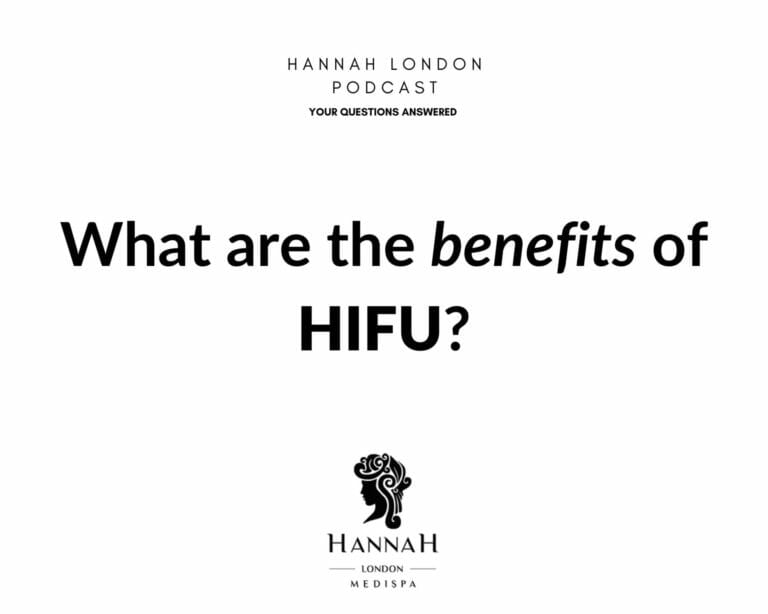 The benefits of HIFU; Instant  and long lasting results tightening the skin boosts the production of collagen increases blood circulation enhancing the jawline definition tightening of the décolletage rejuvenates skin non-surgical no downtime Our clients love the clinically proven HIFU treatment. In this episode HIFU Facial treatment London of the Hannah London’s Podcast we answer the… 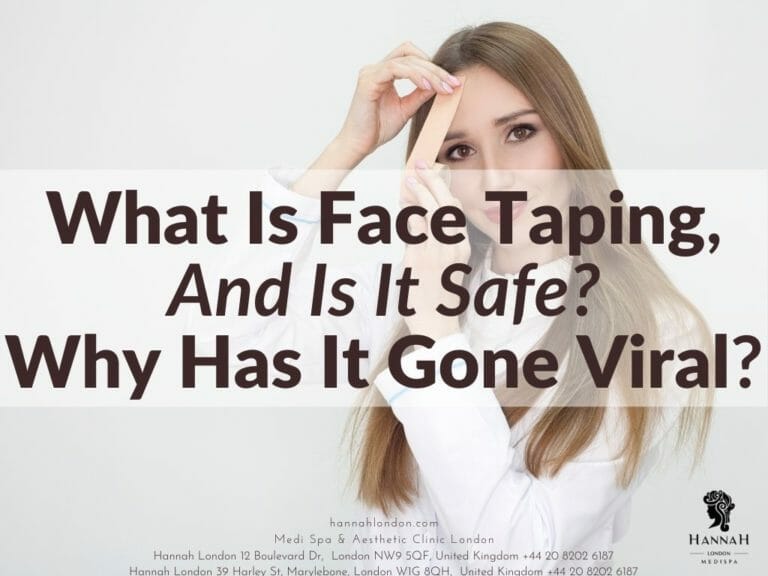 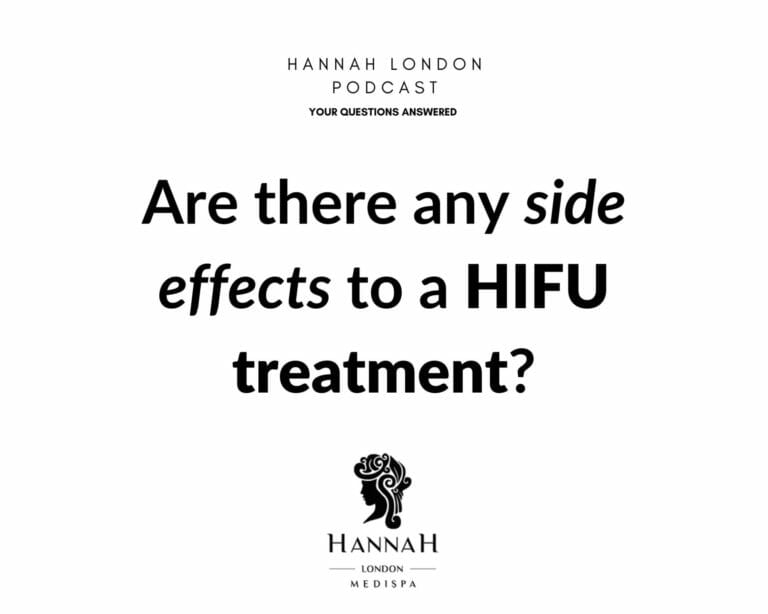 This is a very safe treatment and side effects are very rare.  There is very minimal redness after the treatment and no bruising or swelling.  This procedure is quick, easy, and pain-free so you can get back to work or return to your daily routine right away! Our clients love this clinically proven treatment. Don’t… 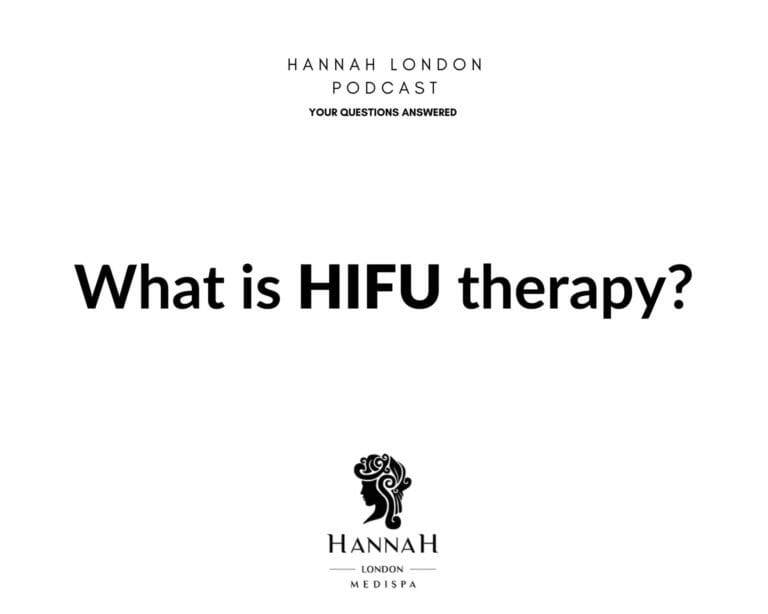 HIFU stands for High Intensity Focused Ultrasound. It’s a great non-surgical face and skin tightening treatment that is not only good for the face and neck but also a great option for loose skin after post-pregnancy weight loss. In this episode of the Hannah London Podcast we answer the question “What is HIFU therapy?”. This…